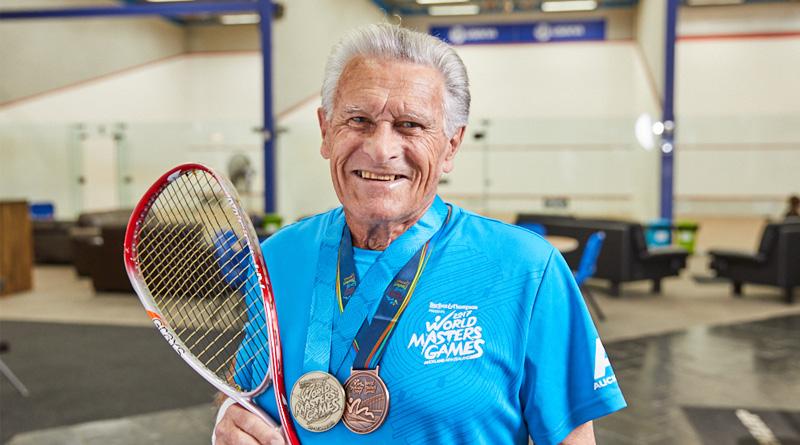 One of the many benefits of retirement living is the opportunity to stay active and get involved in every aspect of village life. Villages offer a wide array of physical and social activities as well as hosting entertainment nights and village parties. There’s always something to do and, even better, it’s what the villagers want to do.

Events are typically organised by residents’ committees and everyone is encouraged to participate. If a village doesn’t already cater to your interests, you can start a group or organise an excursion. Village life is what you make it and there are many ways to make it great.

“I’ve held every position over the years. Right now I’m the treasurer,” he says.

“We plan a program of activities for the whole year. We have a bingo night, a happy hour once a month, we have day trips throughout the year. We put on a mid-year feast, as we call it, and now we’re planning for our Christmas festivities.

“On November 27, the village’s 35th anniversary is coming up. We’ll get people to come in and entertain us and have a birthday cake. We organise entertainment throughout the year.”

It’s a busy agenda but the 83-year-old former engineer is a whirlwind. He remains an active Freemason and member of his local Rose Croix lodge while holding Masters titles in squash.

He’s NSW’s top squash player over 80 and he came second in the 80-84 category at the recent Australian Masters Squash Championships in Hobart. Is Brian planning on slowing down soon? Not while the over-90s Masters Squash title beckons, he laughs.

“I love the challenge of squash, it’s definitely my favourite, but I’ve played tennis all my life and I enjoy that too,” he says.

Brian might be an unusually fit anomaly but he’s representative of a broader trend, says social demographer Mark McCrindle. “Today’s village residents are downagers — a generation that are younger than their years would suggest.

“What we can see from the research is that retirement villages can extend the independence and quality of life of their residents,” says Ken Morrison, Chief Executive of the Property Council of Australia.

The Australian Productivity Commission echoes that view saying retirement villages, “can have a positive effect on the health and quality of life of older Australians.”

For Brian, the best part of village life is the “friendliness.”

“Mawarra is an Aboriginal word for ‘pleasant place’ and it really is.”