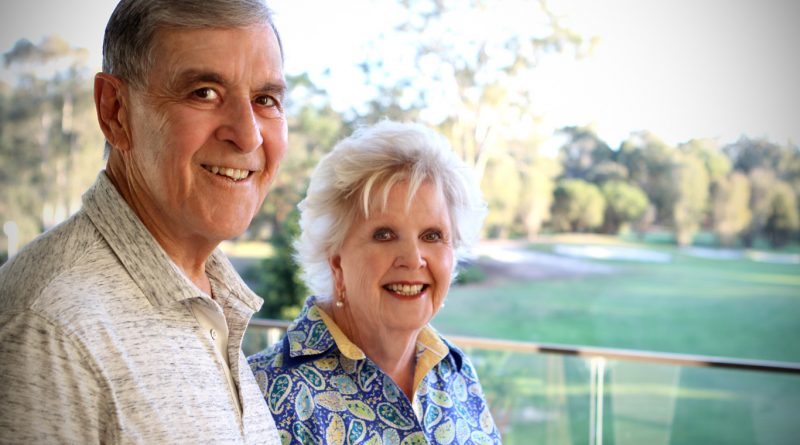 Downsizing to a retirement village has a lot of attractions: freedom from home and garden maintenance, fewer rooms to clean, more time for family and friends. But moving from a large family house into a more compact home is a daunting prospect. Possessions tend to accumulate when you’ve lived in one place for a long time, especially if you have a lot of rooms to furnish. Resident Olga Sales discusses her journey and explains the dos and don’ts.

“The biggest thing is that the person who said he wouldn’t move to a village, absolutely loves it!”

In July 2018, Olga Sales and her husband Michael moved from a 50-square (464 square metres) home into a three-bedroom apartment at Cranbrook Residences overlooking Castle Hill Country Club in Sydney’s north-west.

Downsizing was a mammoth task for the couple but they couldn’t be happier with the result. “Cranbrook really suits the way we live. It’s very relaxing and the views over the golf course and the pond are incredible,” Olga says.

At 75, Olga says her house and garden in Pennant Hills had simply got too large for their needs but moving into a high rise with lots of transient renters didn’t appeal either.They were looking for a manageable lifestyle in a stable community where they could flourish. For Olga, a retirement village was the obvious answer but Michael resisted the idea. ”Initially, my husband was loathe to move into a village,“ Olga says. “He’s a very private, independent person.”

“I saw a display at Castle Towers about Cranbrook and thought we should go just to compare, to see everything out there. I’d say to anyone looking be open-minded. When we walked in here, we were so impressed. We made our minds up instantly.” Then came the hard part — downsizing.

“It’s a shock to the system. The older you get, the harder it gets. The physical side of packing, the stress of selling, people looking at your home. I wouldn’t have wanted to do it in my 80s. We gradually downsized over 12 months, which made it easier. It’s a letting-go of a way of life for another way of life. What you thought was essential, isn’t — you really don’t need that many clothes! Once you’re here life is quite simple.

“The biggest thing is that the person who said he wouldn’t move to a village, absolutely loves it! It’s amazing.”